Put the stylus on the wax it’s similar experience as going upstairs to the attic and open a dusty treasure chest full of memories.

The Lights’ live again the attitude of the past psychedelic and garage bands with intense passion and open heart.

A group that knows how to cite explicit references without ever being derivative.

The debut of The Mystery Lights maybe cannot completely seduce you, if you are searching for a very original sound.

Daptone Records, with courage and passion, has managed to revive a genre that years ago was really gasping.

The boost given to soul and funk by the label based in Brooklyn, New York, and created by Gabriel Roth (aka Bosco Mann) and Neal Sugarman was vigorous. Names such as Sharon Jones & The Dap-Kings, The Budos Band and Charles Bradley have given a jolt of electricity and rekindled interest in a genre that seemed to agonize. Their approach is not derivative, but alive and kicking, devotional and it allowed them to relaunch soul in a powerful way. Daptone has recently created its new rock imprint, which promises to do the same thing and getting the same goals.

New life to the rock & roll, then, is the purpose of Wick Records, promising wonders and focusing, in their own words, to “only the finest Rock ‘n Roll combos on the scene today.” Create a rock subsidiary, It was dreamed up by two employees of Daptone: the label’s production manager, Mikey Post, and the House of Soul studio’s head engineer, Wayne Gordon. The label’s future roster will include, in addition to The Mystery Lights (whose debut album we are going to analyze in details), Mark Sultan and the Ar-Kaics. Neal Sugarman, who co-founded Daptone in 2002 alongside Gabriel Roth, says about Wick Records:

“Daptone is putting out records that we really love. We don’t put out a lot of records. One or two or three records a year, tops. That’s really not a lot of records compared to what other labels put out. I hope that’s one of the reasons people are excited about Wick, is that we’re going to take that same kind of ethos into rock’n’roll. I can’t say how many records we’re going to get out, but I can say that we’re only going to put out records that we really believe in and really love.”

I approached the first official release of the new label with huge curiosity, the first work by a group that has made the leap moving from the small town of Salinas, California to the sprawling NYC. Mike Brandon (guitar and vocals) and LA Solano (guitar) have played together from adolescence under many different names before finally taking the name of The Mystery Lights. Then, they welcomed in the line-up Alex Q Amini (bass), Kevin Harris (organ) and Nick Pillot (drums). Pillot seems not to be anymore with the band, as a recent post on their Facebook profile shows them looking for a new drummer.

The sound of Lights’ gradually evolved through an intense activity on stage, and this raised interest in both listeners and critics. Needless to say that also the fact of being the first group in the catalog of a label as Wick had its impact, raising expectations exponentially. Put the stylus on the wax and listen to the brief intro it’s similar experience as going upstairs to the attic and open a dusty treasure chest full of memories. The powerful and visceral sound of the first single “Follow Me Home” draws us into a time warp that makes you inevitably think of those groups from the 60s and 70s who have successfully combined the garage instincts with the psychedelic expansion, all enhanced by the warm analog recording of House of Soul. The psychedelic urgency of the band flows seamless in the mid-time passionate “Flowers in My Hair, Demons in My Heart”, where we can find a “doom” feeling, very similar to what I’ve heard in The Budos Band last album, Burnt Offering. The short “Too Many Girls” is a dive without a net in The Seeds 60’s era, with a wonderful choir in evidence. “Without Me” is a passionate ballad that gives way to a real proto-punk anthem called “Melt”, marked by a tight rhythm and enriched by organ and guitar, who seem to get tangled in a wild Middle Eastern dance.

Sometimes the Californian band reminds me the same intelligent attitude of Fat White Family, in assembling a very original melting pot of the past. But with some differences: where Fat Whites love to be irreverent and play with their own references, the Lights’ live again the attitude of the past psychedelic and garage bands with intense passion and open heart. Harris’ farfisa organ knows how to light the scene, as when it takes “Candlelight” by the hand and leads it to a beautifully lilting rhythm that becomes more and more quickly until the end. The following “21 & Counting” dates back to 2009, when the band released for the small label Closet Trekkie Records the CD “Teenage Catgirls And The Mystery Lightshow”.  There are plenty of soulful moments, where the sound becomes similar to the main label, as shown by the ballad “Too Tough To Bear”. The waspish fuzzboxes and vintage Farfisa of “Before My Own” will conquer without any doubts the hearts of those who remember with passion the Paisley Underground era, and bands like Green On Red. “What Happens When You Turn The Devil Down “ is the grand finale, able to conquer definitely, thanks to the enthusiast singing of Brandon and to the intellectual honesty of a group that knows how to cite explicit references without ever being derivative.

The debut of The Mystery Lights maybe cannot completely seduce you, if you are searching for a very original sound (but who is really original nowadays?), but if retro fuzzboxes, trebly guitars and reedy organs move deeply your heart and soul, then this record is a must-have. 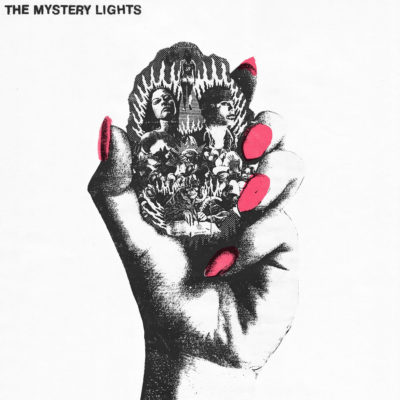